Use of the Coordinated Data Analysis (Workshop) Web (CDAWeb) system continues steady growth since its operational start in late May 1996.The ISTP Key Parameters collection is a primary database supported by CDAWeb and dominates the statistics. The ISTP Key Parameters include data from Geotail, SOHO, Wind and Polar, and data are normally available to the world science community and the public in less than 1 week. 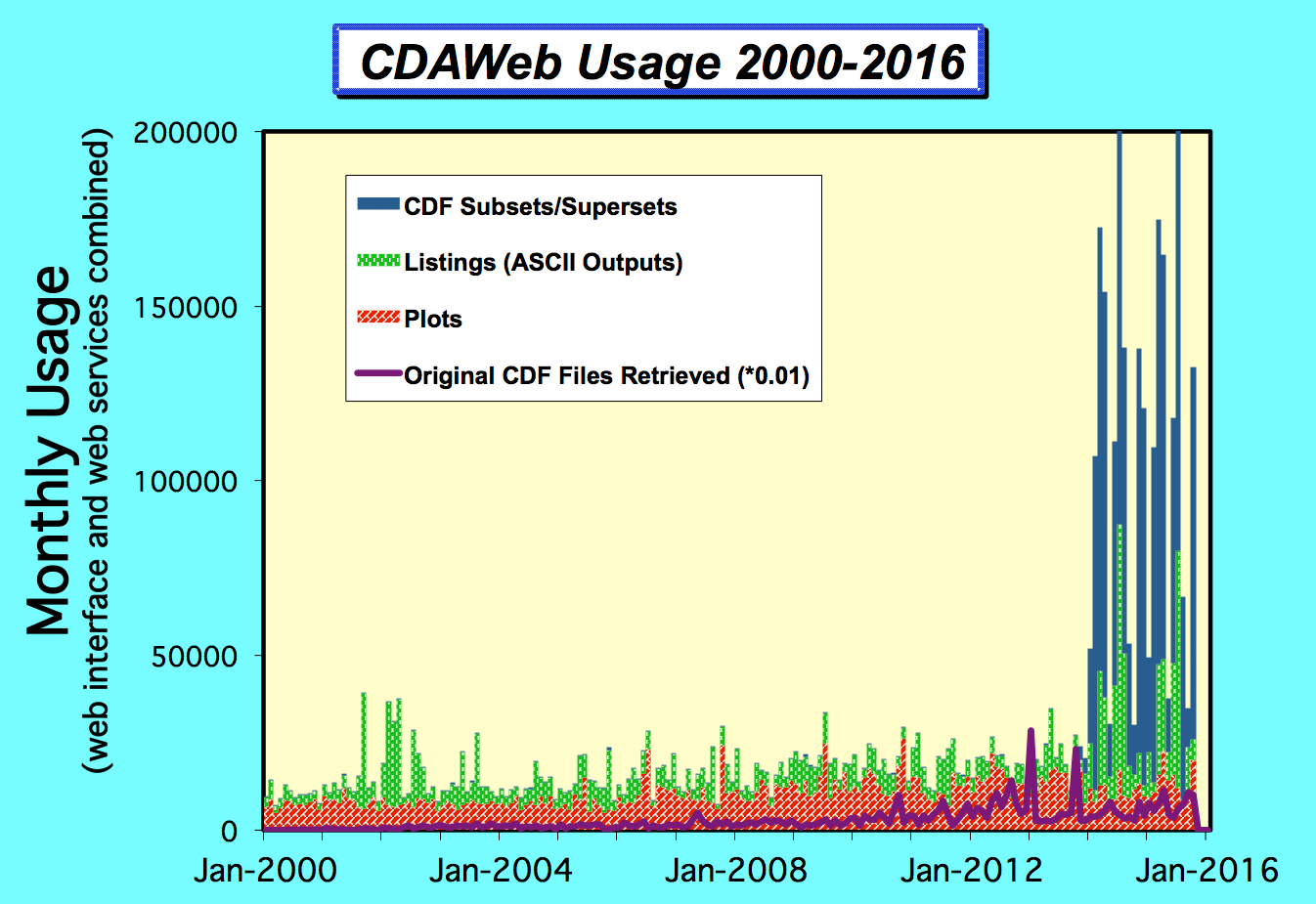 The numbers graphed represent actual executions of the system delivering products. For easier comparison to the statistics of other Web-based services, the total number of Web page "hits" on the system by month is also shown (normalized to a 1/10th scale).

CDAWeb is a joint effort among the Space Physics Data Facility (SPDF), the National Space Science Data Center (NSSDC) and the ISTP project and its Science Planning and Operations Facility (SPOF). CDAWeb is most easily accessed at the URL http://cdaweb.gsfc.nasa.gov/ or via that of SPDF (http://spdf.gsfc.nasa.gov/).